A dish to ward off the vampires on Halloween (or at any time of the year), this ramen is in tribute to the vampire hunter Dr Van Helsing from Bram Stoker’s Dracula. A bowl of this garlic-laced ramen, with a broth flavoured with black mayu (black garlic oil) and topped with garlic chips, will keep any thirsty vampires at bay. I have topped this with ginger miso marinated pork, to give a contrast to the smokey, garlicky flavour of the broth.

2 packets ready to use ramen noodles

4 spring onion (in the picture I first blanched the trimmed spring onion, then ran it under cold water to cool, before wrapping the green part of the spring onion around the white- squeeze the end slightly to keep its shape- alternatively you can just slice it finely raw)

1 tin bamboo shoots, brought to the boil in salted water, drained, re-boiled in water and drained again (this removes the sour taste of the tin) 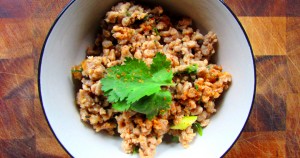 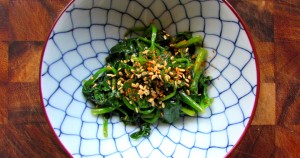